Welcome to Introducing Willow, the top fan site supporting actress Willow Shields. Best known for her role as Primrose Everdeen in "The Hunger Games" series, Willow is already taking the entertainment world by storm. Here at Introducing Willow, you will find the latest news, photos, information, and more on Willow and her career. Thank you for visiting!

Willow To Star In “When Time Got Louder”

by Laura Elizabeth
Comments are off
Films, When Time Got Louder

Exciting update! Willow has signed on to play lead in Connie Cocchia’s coming-of-age drama When Time Got Louder Willow’s co-stars include Elizabeth Mitchell, Ava Capri, Piper Curdy, andJonathan Michael Simao. Check out the film on IMDB and read more about it below.

A coming of age drama that follows Abbie (Willow Shields) as she departs for college, leaving her parents Mark (Lochlyn Munro) and Tish (Elizabeth Mitchell), and her brother Kayden (Jonathan Simao) who has autism and is non-verbal. As she explores her newfound independence, Abbie is torn between her new life and the guilt of leaving her brother as her family struggles to care for him in light of her absence. When Time Got Louder is a story of a family’s resilience driven by unconditional love.

by Laura Elizabeth
Comments are off
Spinning Out, Television

The trailer for Willow’s new Netflix show is officially HERE! Willow stars alongside Kaya Scodelario, January Jones, and Will Kemp in Spinning Out, an ice-skating drama that follows a troubled single skater who, after a fall that took her off the competition track, seizes the opportunity to continue as a pair skater all while trying to hide a fiercely kept secret. In addition, a new still from the show featuring Willow has been released as well! The show is set to premiere on January 1, 2020 on Netflix. Congrats, Willow! 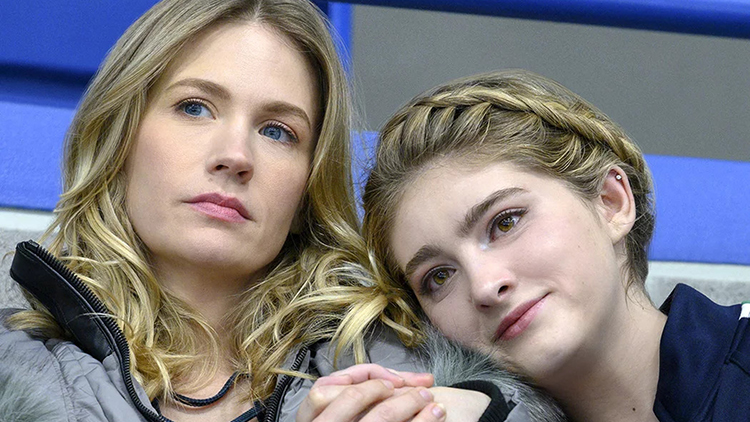 by Laura Elizabeth
Comments are off
New Photos

Willow recently shot with photographer @kephvin alongside her friend and fellow actress Jeannie Elise Mai. The gorgeous makeup was done by Amanda King. Check out the photos in the gallery!

Glamour’s Women of The Year Awards

by Laura Elizabeth
Comments are off
Appearances

On November 11, Willow attended Glamour’s Women of The Year Awards in New York City. Willow looked stunning in a beautiful Bibhu Mohapatra dress, with makeup by Rebecca Restrepo and hair by Ro Morgan. Check out photos from the event in the gallery!

When Time Got Louder
Willow as... Abbie Peterson

"Departing for college, Abbie leaves her parents and brother who has autism and is non-verbal. As she explores her independence and sexuality, she's torn between her new life and her love for her brother."
Official - Photos - IMDb

"After a fall nearly ends her career, an up-and-coming, single skater seizes an opportunity to continue as a pair skater with a talented bad-boy partner, she risks exposing a fiercely kept secret that could unravel her entire life."
Official - Photos - IMDb

Site Name: Introducing Willow
Site url 1: https://www.willow-shields.com/
Site url 2: http://www.willowshields.org/
Webmaster: Laura
Hosted by: The Fan Carpet
Since: December, 3rd 2011
Introducing Willow is an unofficial fansite created by fans, for fans. There is no monetary gain. We are not affiliated with Willow and her management. While we do have contact with Willow, we are not able to forward fan messages to her or give out personal contact information. All images, videos, and media are property of their respectful owners. No copyright infringement is ever intended. If you have any questions or concerns, please email us. Thank you.